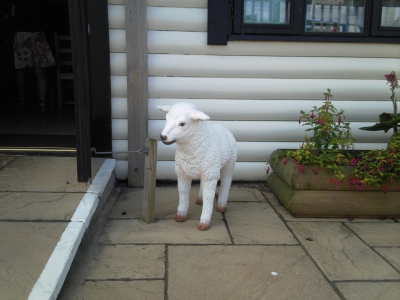 Our Lamb model has always proved o be a popular model and here you can see the pretty Lamb in his new home on the Farm.