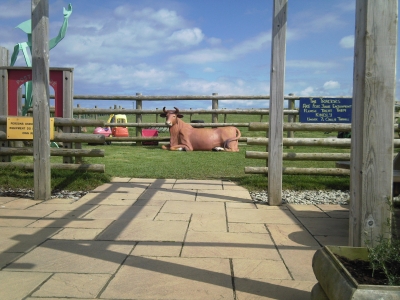 This image shows our ' Lying Down South Devon Cow' in situ on the Farm.